The Fear of Winter – Book One in The Fear Of Series

On a frigid December night, Megan Floyd vanishes from the mountain town of Fraser, Colorado. The extensive search provides no answers and as attention of her disappearance fades, the case goes cold. Her father, Tom Floyd, is forced to confront his worst fear that his daughter will never be found, and soon his life and marriage begin to disintegrate around him.

A year after the disappearance and with no new leads, Tom hires private investigator Marshall York, a former detective, and his assistant Hannah Jacobs. They soon start to uncover the secrets of Megan’s dangerous second life, all while fighting their own demons. Tom is guilt-ridden over a missing child case from his past, and Hannah is haunted by the unsolved murder of her older sister.

The case begins to consume all three of their lives, and as they dig deeper, they start to unravel the dark truth of what happened to Megan.

33 Percent Rockstar: Music, Heartbreak and the Pursuit of Rock Stardom 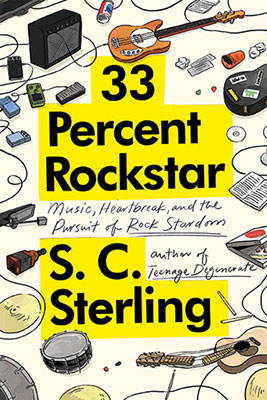 Scott has played over 500 concerts at hundreds of venues spanning almost two decades. From performing to the bar staff at strip mall dive bars, to a sold-out show with members of The Misfits and the Ramones, 33 Percent Rockstar: Music, Heartbreak and the Pursuit of Rock Stardom is about the love of music and life as a struggling musician. It is the true story of what happens when you give up everything to follow your dreams—even when they lead to a run-down strip club in a seedy part of Lincoln, Nebraska.

Scott learned how to play the bass guitar, and became a musician. He’d eventually become a damn good one. He fell in love and got his heart broken. Twice. He played in multiple bands, recorded multiple albums, and toured the country.

In the end, Scott never made it big, but it wasn’t for lack of trying. All for the love of music, he toiled in dead-end jobs, drove across the country in dilapidated tour vans, and dealt with the fragile egos and creative differences of a rotating cast of bands and band members.

33 Percent Rockstar: Music, Heartbreak and the Pursuit of Rock Stardom is a Behind the Music for the vast majority of musicians who never achieve rock stardom and offers a glimpse of the everyday lives of those hopeful, possibly deluded souls pursuing the rockstar dream.

Teenage Degenerate: A Memoir that Explores the Depths of Methamphetamine and Drug Addiction 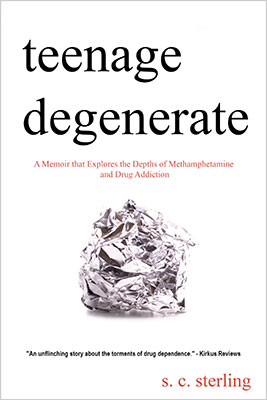 In 1996, Scott was nineteen and lost in adulthood with an endless job and no future ambitions. Teenage Degenerate is his story about drug addiction, music and growing up. Over the course of ten months, he quickly descends into the dark and dangerous world of crystal methamphetamine.

Scott experiments with crystal meth in a dark, deserted parking lot in the suburbs of Denver, Colorado and soon after his crew of misfits will do almost anything for their next high. One by one, family and friends disappear, and he is left alone with a decision to continue fighting or give up. This is his struggle to reclaim a normal life and the search for something real.

Teenage Degenerate is a vivid, heartbreaking, and harrowing story that explores the depths of addiction.

Scott C. Sterling is originally from Portland, OR and moved to Denver, CO at the age of thirteen. He is the author of Teenage Degenerate, a memoir about drug addiction and growing up. His writing is strongly influenced by music and pop-culture.

His follow-up music autobiography 33 Percent Rockstar was released in April 2019 and is a Behind the Music of musicians who never achieve rock stardom.

His third book, The Fear of Winter, a fiction thriller, is scheduled to be released in January 2023. 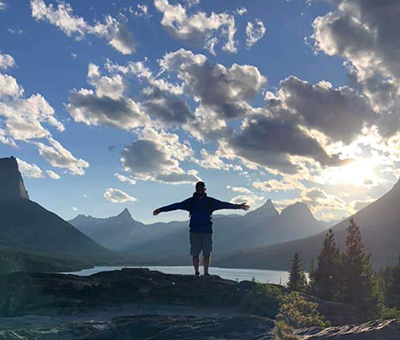